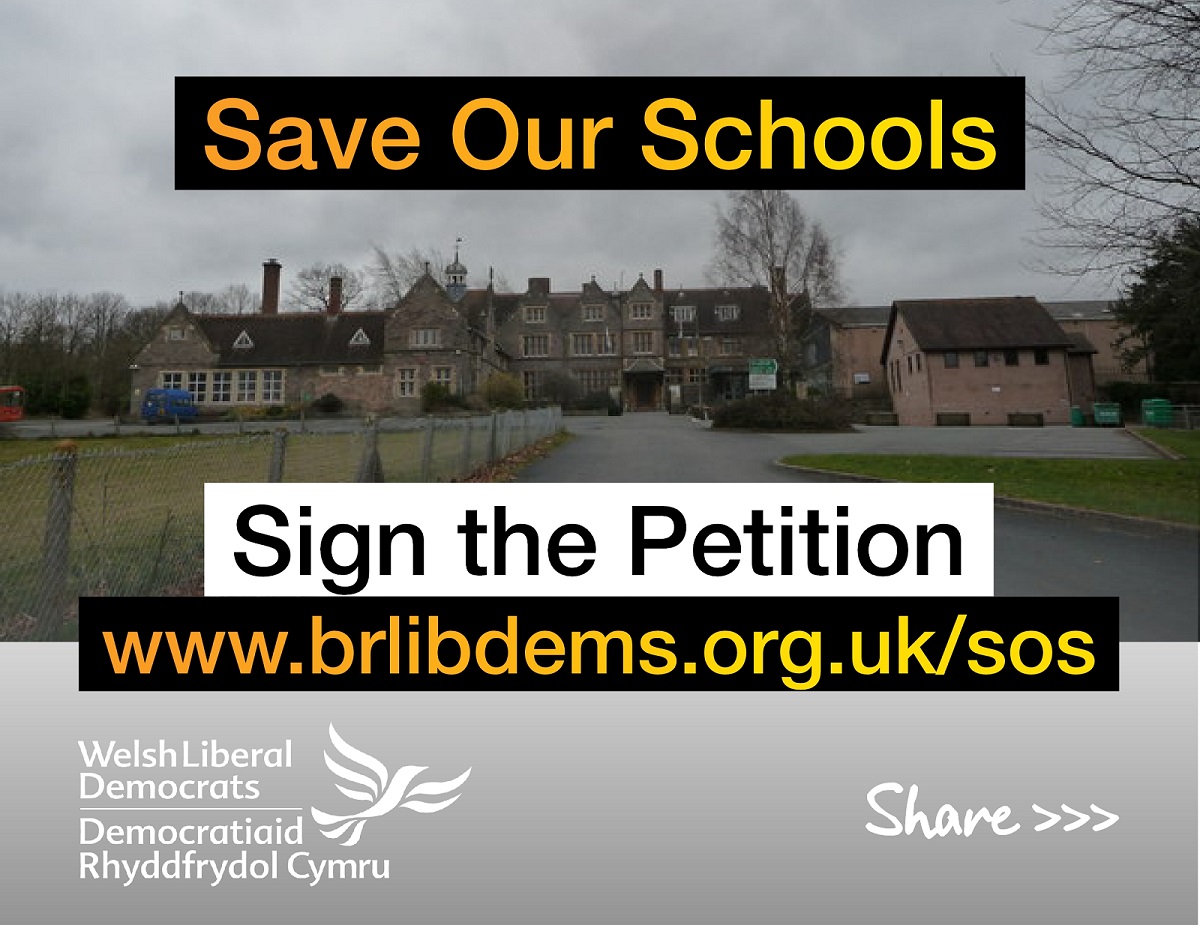 Kirsty Williams AM has blasted the Independent-run cabinet at Powys Council following the announcement that it wants to close up to two secondary schools in Brecon and Radnorshire.

The announcement states that it will merge Brecon High School and Gwernyfed High Schools into one “Beacons Campus” by 2018 and that they have an “aspiration that, in future, there will be one bilingual secondary school in Mid Powys” meaning that Llandrindod or Builth Wells High Schools would have to close.

The announcement also stated that the Welsh stream at Brecon would be moved to Builth Wells.  There is also the possibility of Maesydderwen in Ystradgynlais losing its sixth form provision which would weaken a school that is improving rapidly and has recently been refurbished.

We the undersigned support Kirsty Williams AM petition calling for the Independent led Powys County Council to keep our local Schools open.

We understand that closing these schools could mean many children going out of area for their education, or travelling long distances putting local children's education risk.