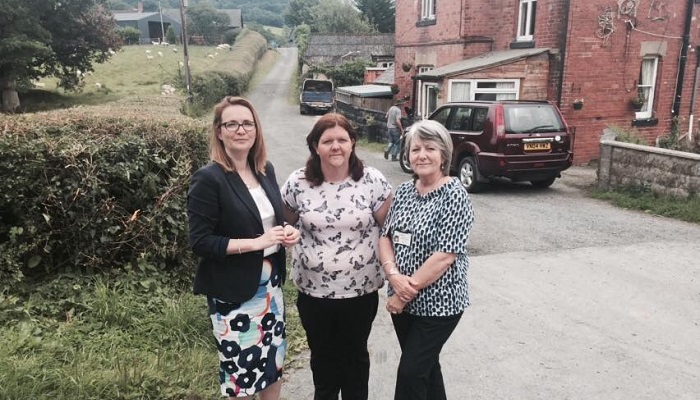 The meeting was also attended by Welsh Government officials, and gave residents the opportunity to raise flooding and draining issues they are suffering with.

“It was good to catch up with residents at Builth Road to discuss the issues they are facing and to bring them to the attention of Welsh Government officials. I hope it will lead to positive action before too long.”