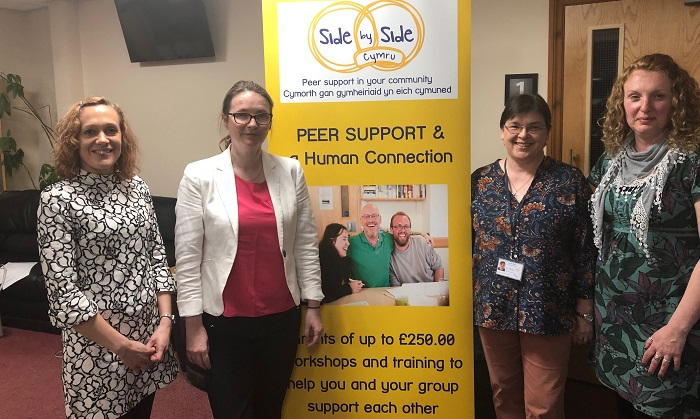 Kirsty Williams AM attended a ‘Mid Powys Mind’ networking event to raise awareness of ‘Side by Side Cymru’, a new initiative helping organisations to provide peer support in communities. The event was the first networking event following the launch of the project.

Peer support connects people who have had similar experiences, with the aim of boosting people’s mental health. Common examples can be arts and craft, sport or self-help groups, or something as simple as a regular coffee morning.

Kirsty Williams has welcomed the news that the South and Mid Wales Cave Rescue Team will soon benefit from ultrafast broadband.

The depot is located in Penwyllt, above the Swansea valley in the Brecon and Radnorshire constituency, and the new connection will further improve its search and rescue capabilities. Previously, limited connectivity had left it relying on more traditional telephone and paper-based systems.

Following the news that Boots have warned of store closures across the UK, Kirsty Williams is seeking clarity over access to pharmacy services if stores in Powys are under threat.

There are seven Boots stores in Powys, including in Brecon, Builth Wells, Crickhowell, Knighton, and Llandrindod Wells. Kirsty has written to Powys teaching Health Board to stress the importance of securing convenient access to pharmacy.

Jane Dodds and Kirsty Williams have made a joint call for the Ministry of Defence to reverse its planned closure of Brecon barracks.

They articulated their position in a joint response to the Welsh Affairs Committee’s inquiry into ‘Wales and the Armed Forces’, which includes specific consideration of the ‘impact of Ministry of Defence estate rationalisations on local economies and communities.’

The Powys section of the Heart of Wales walking trail has been officially launched in Llandrindod Wells.

Kirsty joined a number of guests in a ceremony to mark the opening, which sees the completion of the 141-mile trail that runs from Shropshire to Carmarthenshire. The route loosely follows the Heart of Wales railway line.