Kirsty Williams AM attended an event in the National Assembly for Wales to mark World IBD Day and raise awareness of the condition.

Among those present was Amber Davies, a student from Builth Wells who has ulcerative colitis and has been an active campaigner and fundraiser. She lives with a permanent stoma as a result of ulcerative colitis.

Kirsty Williams has welcomed the news that Priory Church in Wales School will benefit from £820,000 in Flying Start funding, boosting its childcare provision.

The money will be used to create new facilities for the current school. The new site will offer Flying Start childcare, Childcare Offer places, and a Flying Start office base. It is part of nearly £3million of funding that has been allocated to 50 projects across Wales.

Kirsty Williams AM has signed a pledge supporting the creation of a cerebral palsy register for Wales, as part of a visit to Brecon Hospital on Friday 10th May.

The planned national register is intended to improve care for people with cerebral palsy, and the first stage of the project is starting in Powys. The register is being driven forward by a group that includes people with the condition, families, and health professionals.

On Friday 3rd May Kirsty Williams AM visited “Like Work But Different” for the first of their Friday drop-in sessions.

“Like Work But Different” is a unique set of meeting spaces situated in the heart of the Black Mountains, in the Brecon Beacons National Park. It aims to make use of the great outdoors to create a working environment that allows people to think, write, create, dream and be refreshed. 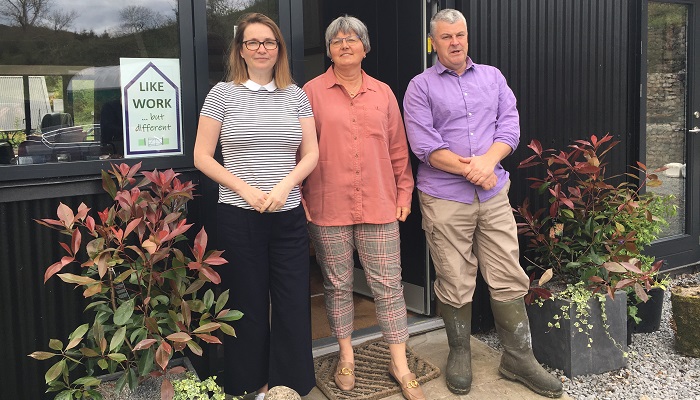 Kirsty Williams and Jane Dodds have called on the Conservative Government to address concern over possible plans that could risk small businesses in tourism struggling to cope with an increase in late cancellations.

Jane Dodds: campaigning for the change Brecon and Radnorshire needs

This column from Kirsty Williams first appeared in the Brecon and Radnor Express on 27th March 2019.