NatWest to remove cashpoint in Crickhowell 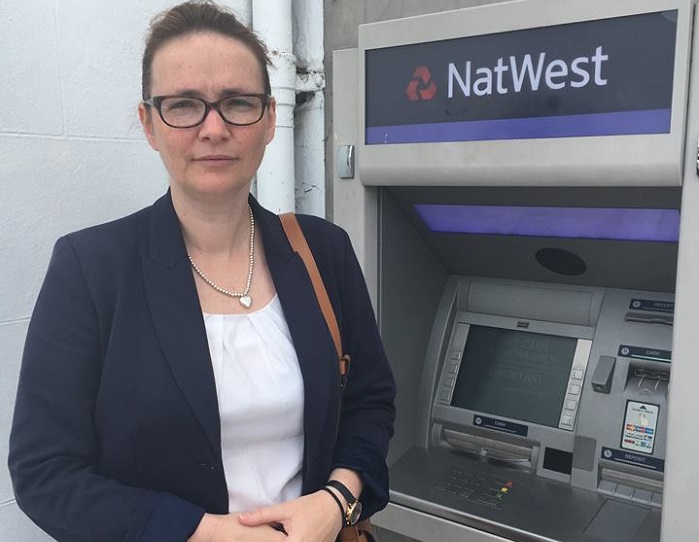 NatWest have taken the decision to remove their cashpoint from Crickhowell, citing decreasing transaction figures and nearby alternative facilities.

A meeting between Kirsty Williams AM, Cllr John Morris, other local representatives and a NatWest representative made the case to keep the cashpoint. It also highlighted that some of the decision NatWest were basing their decision on was incorrect.

“It’s a frustrating decision, particularly as it is partly based on the incorrect information that a business that only makes cashpoints is in fact an active ATM! It’s also partly based on usage figures from before the closure of Lloyds.

“The correct information was fed back to them but as is so often the case with banks they are unwilling to reverse the decision.

“I will continue working with the community to try and ensure the town has convenient access to cash.”