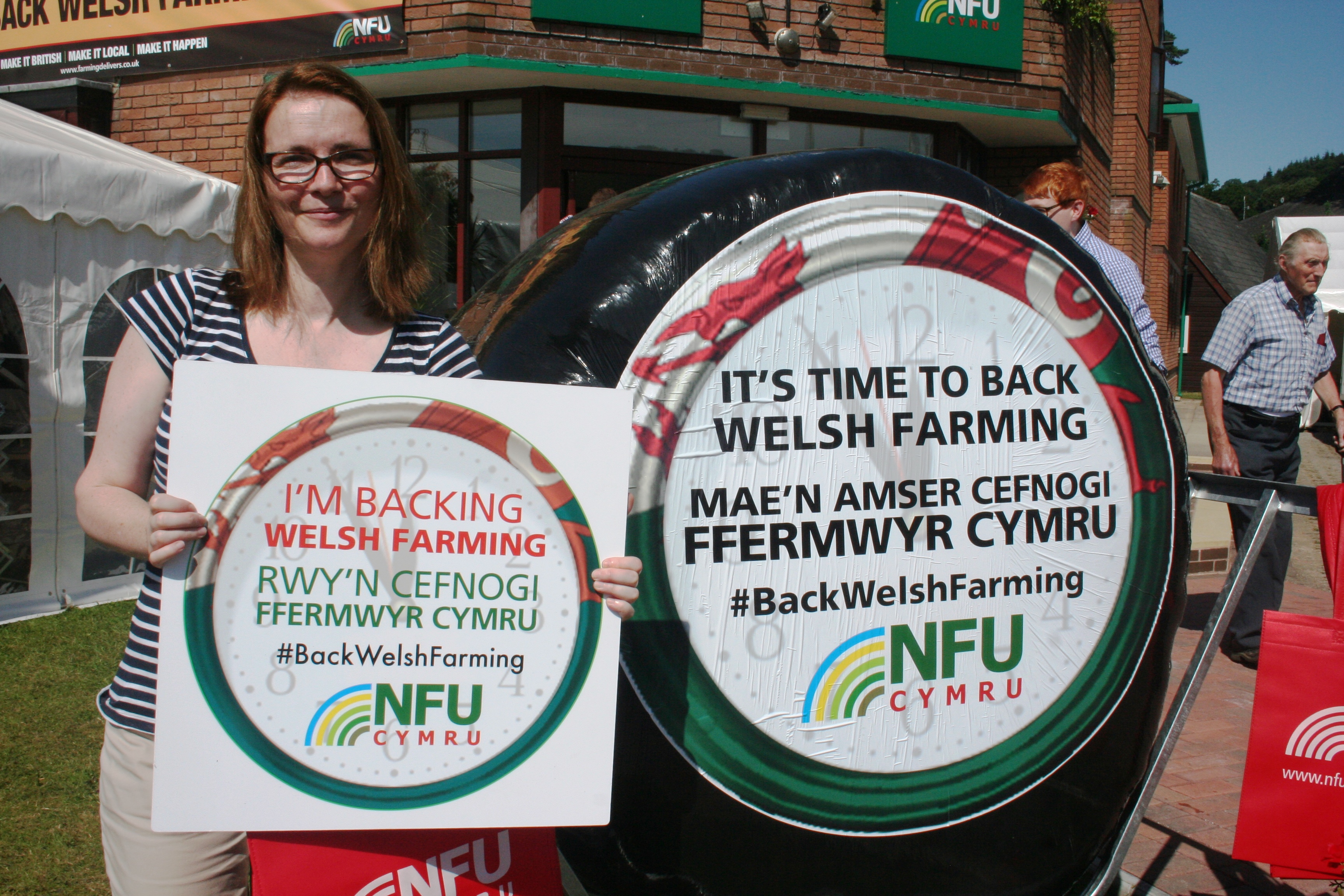 Brecon & Radnorshire AM Kirsty Williams has showed her support for the Welsh agricultural community by pledging to support NFU Cymru’s ‘It’s Time to Back Welsh Farming’ campaign at the Royal Welsh Show.

Kirsty Williams AM met with NFU Cymru officeholders at the Llanelwedd showground on Wednesday 20th July to discuss how she could best show her support for Welsh farmers and champion their produce.

The ‘It’s Time to Back Welsh Farming’ campaign encourages consumers to show their support for farmers in Wales by pledging to buy Welsh produce.

Kirsty Williams AM said: "Wales’ farmers play a vital role in contributing to food security, economic and community development and environmental sustainability. Therefore, it is imperative that consumers support the industry by thinking and buying Welsh when they head to the shops. I am happy to support NFU Cymru’s ‘It’s Time to Back Welsh Farming’ campaign and I encourage people in Brecon & Radnorshire and throughout the rest of the country to join me in backing this important campaign."

NFU Cymru President Stephen James added, "We are grateful to Kirsty Williams AM for lending her support to NFU Cymru’s ‘It’s Time to Back Welsh Farming’ campaign during her visit to this year’s Royal Welsh Show. There is no doubt that this is a challenging time for the agricultural industry at the moment, so it’s good to know that Kirsty Williams AM will champion Welsh farming and produce in her area."