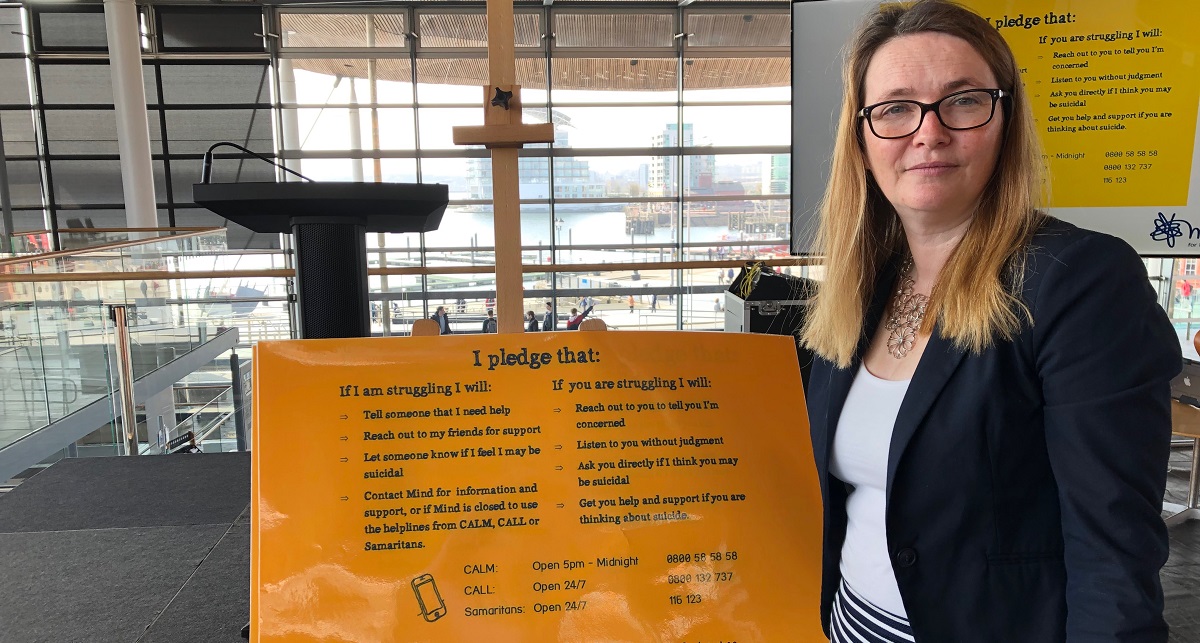 There were 360 registered deaths from suicide in Wales from 2017, with 77% being men. A recent report by the National Assembly for Wales’ Health, Sport and Social Care Committee stated that suicide is ‘everybody’s business’, calling for greater awareness and openness around suicide.

“Mid Powys Mind have developed an initiative with a very important message – talking about suicide is one of the easiest ways to help prevent it.”

“We know that men are at higher risk of suicide, and in communities like Brecon and Radnorshire we also need to be aware of the higher suicide risks associated with rural areas, particularly in the farming community.

“If you are struggling please seek out support. If you know someone else is struggling please reach out to them. No one should be left to deal with this alone, suicide is preventable and everybody has a responsibility to be aware of that.”