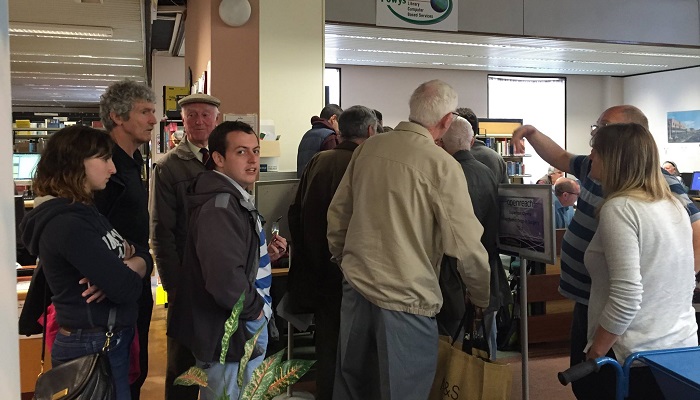 Over 100 people attended a drop in event at Brecon Library hosted by Openreach.

The event was held to allow people to raise issues they were facing with their broadband.

“Openreach officials were left with little doubt about how strongly people feel about the issue. By contrast, a similar event in Denbighshire had only one person turn up!

“It was so well attended that they have agreed to hold a similar event in Radnorshire in September.

“Many individual cases were raised at the event, including for people who couldn’t make it, and I will continue to pursue these on behalf of constituents.”